On Days Soon To Pass 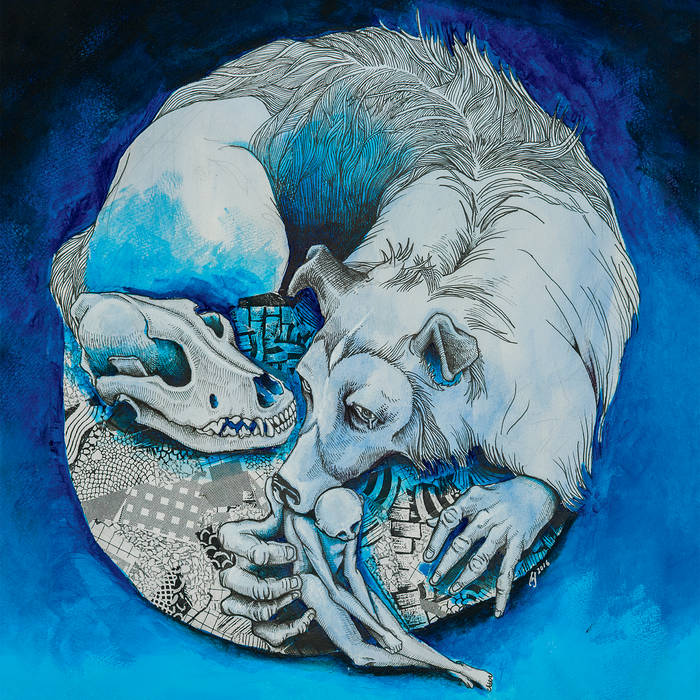 “When I was twenty-three, I decided to live.” Now twenty-six, Tyler Daniel Bean was identifying a turning point in the development of his second album, On Days Soon to Pass. In the midst of a four-year bout with his major depression, he was working his way through the series of poems that would culminate in this album—all of which also constituted his capstone project for a master’s in literary studies and confessional poetry. He was aiming to discover a language of process that would lead toward preservation rather than annihilation, learning hands-on, not only what preservative writing is, but also how to reorient creative work to better engage with and project hope. Being the person you can live with, it turns out, is a recursively creative endeavor, an on-going challenge, requiring choice and assimilation. Dealing with mental health disorders particularly requires regular self-renewal: the recurring epiphany of interacting constructively with the world.

While on the surface On Days Soon to Pass confronts loss, fear, anxiety, and depression as often as it does love and joy, ultimately it presents a non-linear depiction of Bean’s on-going battle with the prospect of suicide. The first track, “Archibald Street,” is one starting point, but “All At Once,” at the end of the record, is another—the series of events in between shift in time, even within the songs, reflecting the evolution of subjective experience. Now complete, On Days Soon to Pass finds him on another side of all of this.

Bean was stultified when he first noticed that these pieces were presenting as suicide songs. It was 2012, just after the release of his first LP, Longing, and fearful, he stopped writing entirely. More than a year passed between penning the first songs for On Days Soon to Pass before beginning his master’s degree. It took another year for him to start writing creatively again—he was inspired by an idea that grew from his studies: the way fear and art can feed one another, “The object of fear must be objectified,” noted filmmaker Stan Brakhage, who used his greatest fears to identify the issues he addressed in his most powerful films. Bean spent the following year bringing light to what he feared most: loss—the death of his dog, Willow; the death of his close friend and band-mate, Chris Parmelee; one of his own near-death experiences, the one that caused him to want to live. Penetrating all of this, he found love. The overriding theme of the album is, “if you know me, will you still love me?” Which leads to the realization that the "you" Bean repeatedly refers to has been there all along, standing beside him when he writhed as well as when he flexed.

To understand this record is to look at its dark, dense surface matter, and see beyond it to the beacon that is love; it is to recognize that functioning in the face of fear is to strive to be fully human; it is finding a way to truly say "I want to live," even recognizing the relentlessness of the battle.

Slide guitar on "FFFA" and backing vocals on "Willow I" were performed by Ryan Stack.

Ryan Stack engineered and mixed the album at Format Audio in Amesbury, MA and at 1130 ft in Rollinsford, NH.

Joe Cross was the assistant engineer.

Rick Mastelli wrote the album's liner essay from his personal involvement in the writing and recording process.

William Schaff painted the cover artwork with minimal outside direction, specifically from his experiences listening to the album.

Thank you endlessly for your support!

Bandcamp Daily  your guide to the world of Bandcamp